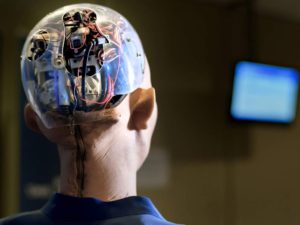 Estonia is the country which trying to stay ahead of launching new technologies and to be one of the trailblazers in regulating robotics.

The nationâs economy ministry is working on legislation that would address the status of artificial intelligence in legal disputes.

One proposal under consideration would create the term ârobot-agentâ, which would be somewhere between having a separate legal personality and an object that is someone elseâs property.

While increased automation is presenting many countries around the world with regulatory issues, including rules for self-driving cars and drones, Estonia has been embracing new digital technologies at a faster rate than most others.

Lawmakers at the European Parliament adopted a resolution in February urging the European Commission to consider legislation and potential special status for robots, such as self-driving vehicles, to establish who is liable for damages they may potentially inflict.

To get information how to get Residence permit In Estonia and Estonian Citizenship â please visit our website estonia.euresidence.me

More from my site

Get a Free Consultation Now!